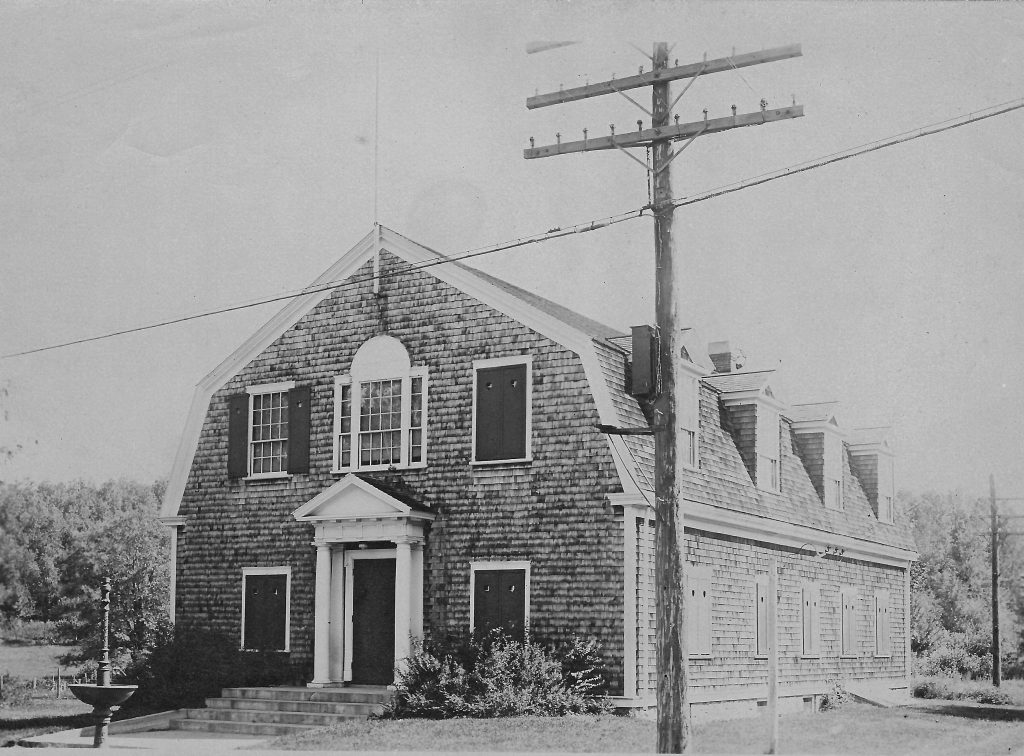 “The idea that you maintain the building, I think the value is not in maintaining the building. If someone could buy it and build something there or even knock it down, then there is more value.”
Selectman Brian Shifrin

Given recent comments like the one above by members of the Board of Selectmen, it’s not surprising that Number 2 on the list of endangered buildings in Southborough is Fayville Village Hall, which voters approved for sale at Town Meeting—after the Board of Selectmen promised that preservation of the structure would be integral to the sale. We’ve written about the distinctive history of this 1911 building before, and it seems pretty clear that the majority of voters in Southborough wish the hall preserved.

Yet after much hard work by the Fayville Hall Disposition Committee that created a Request for Proposal (RFP) which stressed the need for affordable housing in Southborough and the desire to preserve the historic facade of the building, the RFP only received a single bid, for $5000, from a local developer.

How could this be, when the property is assessed for more than $300,000 dollars?

Well, part of it could be the apparent low regard certain members of the BOS seem to have for historic preservation, as witnessed by Mr.  Shifrin’s comment above, and various other BOS quips like: “Well, we received one bid. That’s one more than I thought we would,” which reveal a real disrespect for the hard work the Disposition Committee and many other people have already put into preserving this architectural gem.

Another obvious reason for the bidding failure was the advertising method used—or in this case, not used. A notice was placed in the Central Register as required by the State, but the only other notice was a tiny ad placed in the Metro-west Daily News for 10 days.  Now I ask you. If your were a town looking to sell a valuable piece of property at a profit, increase your affordable housing stock, and preserve an historic structure all at the same time, wouldn’t it behoove you to solicit bids directly from contractors that specialize in just this type of construction? Or at the very least, advertise in publications geared to the contracting trade? A 10-second google search revealed dozens of potential firms that do projects just like this every day, including one right down the Pike in Waltham.

Fortunately, the BOS refused the low-ball $5000 offer, and is planning to send the RFP out again. This time I would urge the BOS to put some real effort into the solicitation process, if for no other reason than maximizing the financial return for us ratepayers.  We need affordable housing in Southborough, the voters have clearly stated we want the Fayville Village Hall preserved, and it’s time to get the next chapter in this remarkable building’s history moving!

Editor’s Note: Our Endangered Building List consists of structures that are actively threatened with demolition, demolition by neglect, or by changing patterns of use that would harm their architectural integrity. Buildings are added to the list in the order proposed, and their numeration does not necessarily indicate ranking or perceived  level of threat.

2 Replies to “#2 on the List of Endangered Buildings: Fayville Village Hall”