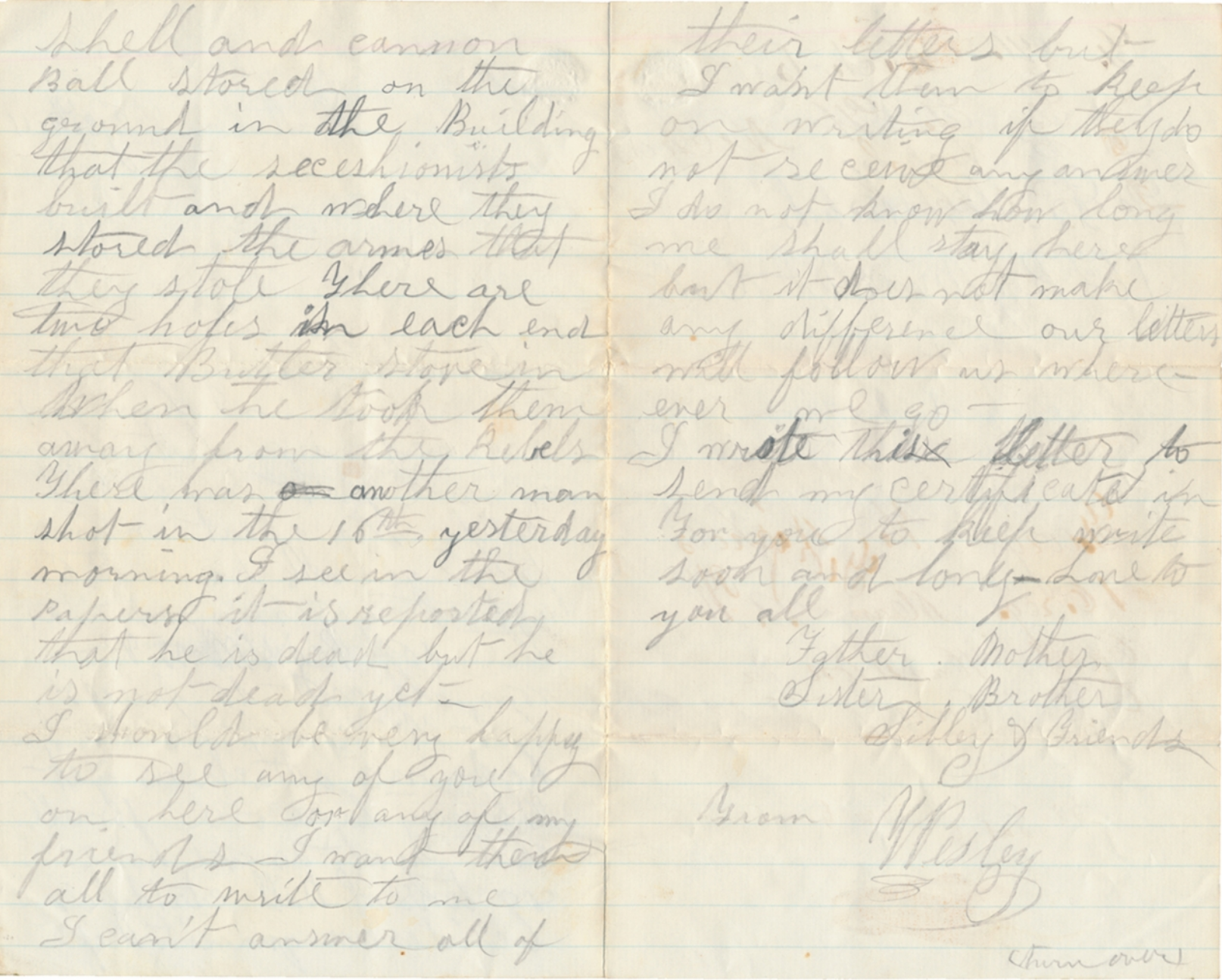 Every now and then an interesting Southborough history piece comes up at auction, and one has recently appeared for sale. It is a letter from 19-year-old Private George Nichols to his family in Southborough, dated 30 August 1861.  George never made it home. After seeing service throughout 1862, he died of disease and was initially buried at the Military Asylum Hospital in DC. Later, his body was transferred back home to Southborough.  You can read more about the letter HERE.